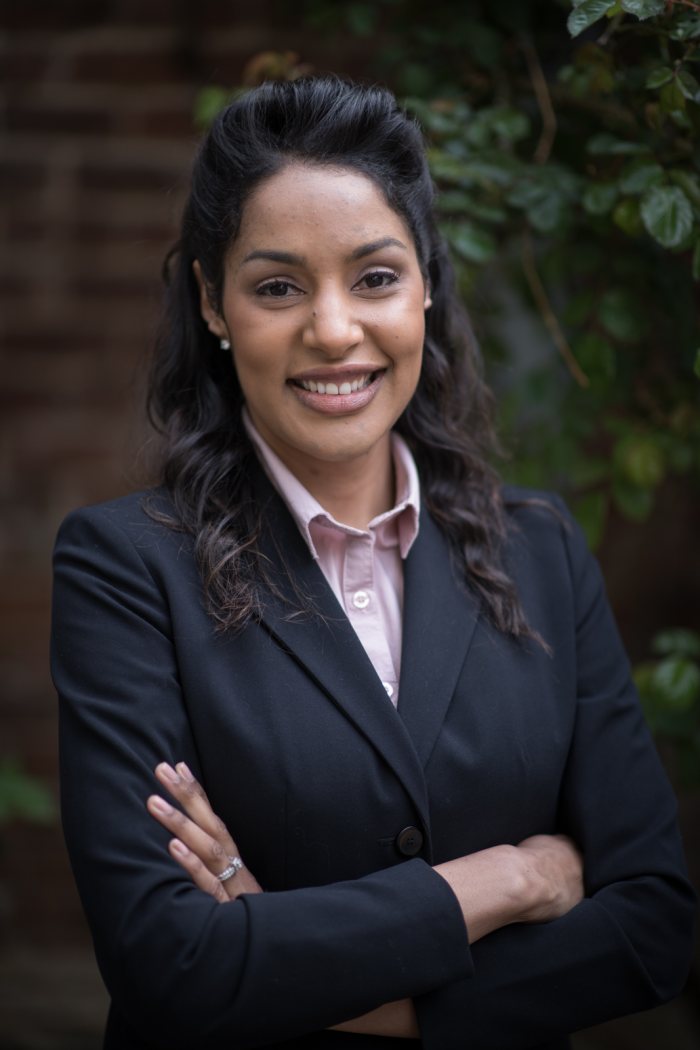 The Board of Directors of Charlottesville Area Community Foundation is pleased to announce the promotion of Brennan Gould as President & Chief Executive Officer, effective immediately. Currently Director of Programs, Gould has been with CACF since 2010.

“We couldn’t be more thrilled that someone as respected and engaged across the community as Brennan Gould prevailed in our extensive CEO search,” noted CACF’s board chair Jay Kessler, who also chaired the seven-person CEO search committee. “Her leadership in many of the foundation’s key initiatives, her overall experience with philanthropy, at both grassroots and strategic levels, her commitment to collaboration and her love of the communities and stakeholders we serve earned her the board’s full support for this appointment.”

When informed of her selection, Gould said, “I am excited and humbled by the board’s confidence and the community’s support. Having served under two strong CEOs, John Redick and Anne Scott, during eight years of exceptional change and challenge in the Charlottesville area, I continue to be energized by the special opportunity we at the community foundation have to leverage the collective power of diverse interests in support of bold goals.”

Reflecting on the search, board chair Kessler stated, “Working with BoardWalk Consulting, a national executive search firm specializing in CEO appointments for foundations and nonprofit organizations, the search committee cast a wide net, ultimately encompassing some 180 sources and prospects in at least 18 states and the District of Columbia. We reviewed a diverse group of candidates from many spheres, including leaders from other community foundations, operating nonprofits, and a variety of corporate, civic and academic contexts. After careful discussion and discernment, the committee interviewed six finalists and quickly coalesced around a unanimous endorsement of Brennan Gould.”

Added Kessler, “In hindsight, it was an easy choice, but it was also an informed choice. Other contenders, including several sitting CEOs, offered highly appealing records in relevant contexts, but none topped Brennan’s combination of experience, commitment and working familiarity with the people and issues we encounter every day.”

The search for CACF’s CEO began early in 2018 following the resignation last fall of Anne Scott, CEO since 2013. In the intervening months, the foundation has been led by a three-way partnership of Jan Dorman, Interim President; Cameron Mowat, Director of Donor Engagement; and Gould.

“Working in partnership with Jan, Cameron and all my amazing colleagues during this interim period has been a delight,” noted Gould, “and I look forward to building on the spirit of collegiality and cooperation that has informed so much of our recent work.”

A native of Iowa, Gould has made her home in Charlottesville since 2008, when she joined the Ron Brown Scholar Program. She then served as District Liaison in the office of Congressman Tom Perriello before moving to CACF in 2010.

Gould earned her Bachelor of Arts in Philosophy from the University of Iowa. In years past, she has been a Ron Brown Scholar, a Kluge Scholar and a Davidson Fellows Laureate. More recently, she has participated in Emerging Practitioners in Philanthropy and the Career Pathways program of the Council on Foundations. She and her husband, Andre Gould, are the parents of two young daughters, ages 3 and not yet 1.

“I simply love the community my family and I call home, and helping dedicated donors and partners tackle tough issues together is indeed a privilege. I am honored by the opportunity to lead the Charlottesville Area Community Foundation at this important point in our journey. The community has in me an enthusiastic champion who shares its vision of a vibrant, welcoming and supportive place that works for all our residents.”