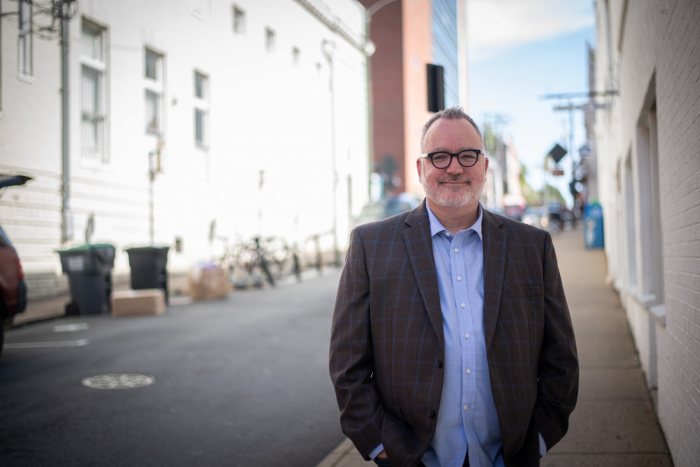 The Charlottesville Area Community Foundation is pleased to announce Brendan Wolfe as its new Marketing and Communications Manager. Wolfe, who started work on July 22, has been charged with advancing the Foundation’s mission and message to audiences in the Charlottesville area.

“We are thrilled that Brendan has joined our team,” says Brennan Gould, the Foundation’s president and CEO. “His first love is to tell stories and we are excited by the ways his skills will help the Foundation highlight the many compassionate and impactful ways that people are connecting with people throughout the region.”

Wolfe has spent more than twenty years as an editor, writer, and teacher, including almost twelve years at Virginia Humanities, where he edited Encyclopedia Virginia, an online encyclopedia of Virginia history. A native of Iowa, Wolfe has lived in Charlottesville since 2007.

“I just really love this community and the role that the Foundation plays in it,” he says. “Charlottesville’s history runs deep. What I love about the Foundation is that it is so committed to reaching out to the Charlottesville community, engaging that history, and using philanthropy to help make people’s lives better.”

In addition to having taught at the Osher Lifelong Learning Institute and WriterHouse, Wolfe is the author of two books, Finding Bix: The Life and Afterlife of a Jazz Legend (2017) and Mr. Jefferson’s Telescope: A History of the University of Virginia in 100 Objects (2017).

At Virginia Humanities, Wolfe wrote a popular blog, hosted a podcast, and helped with the organization’s communications. Prior to that he worked in journalism and educational publishing.