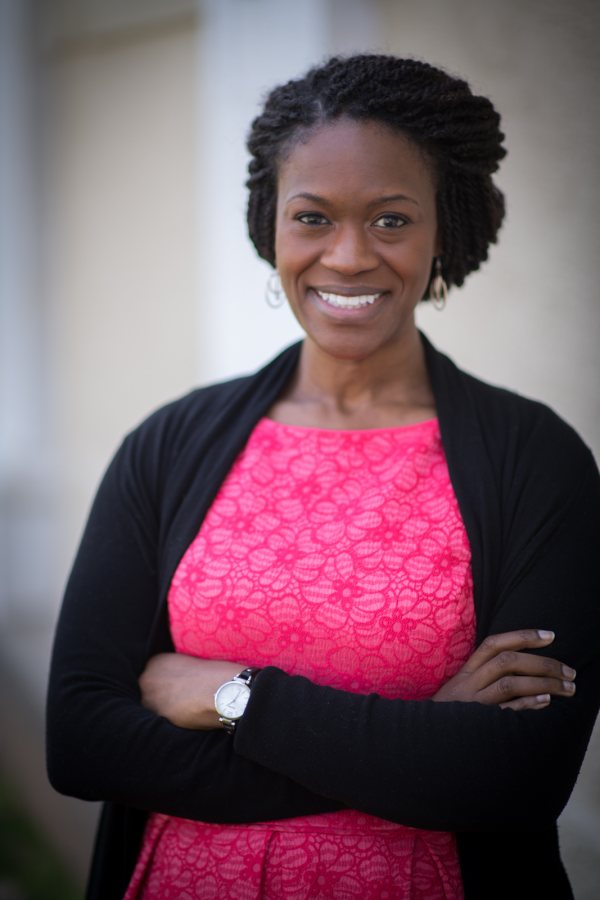 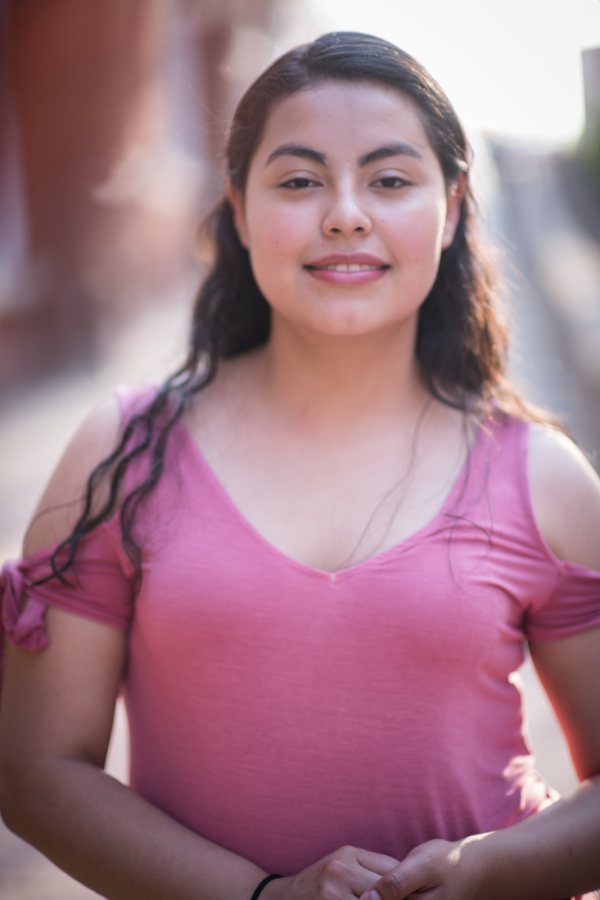 Senior at Albemarle High School. Brenda is a Deferred Action for Childhood Arrivals (DACA) holder, also known as a Dreamer, and the daughter of immigrants. She is active in Kerygma, a band ministry at Church of the Incarnation and co-president of the Japan Club at Albemarle High School. She volunteers with Sin Barreras/Without Borders and traveled to Richmond to educate state legislators about barriers facing the Latinx community. 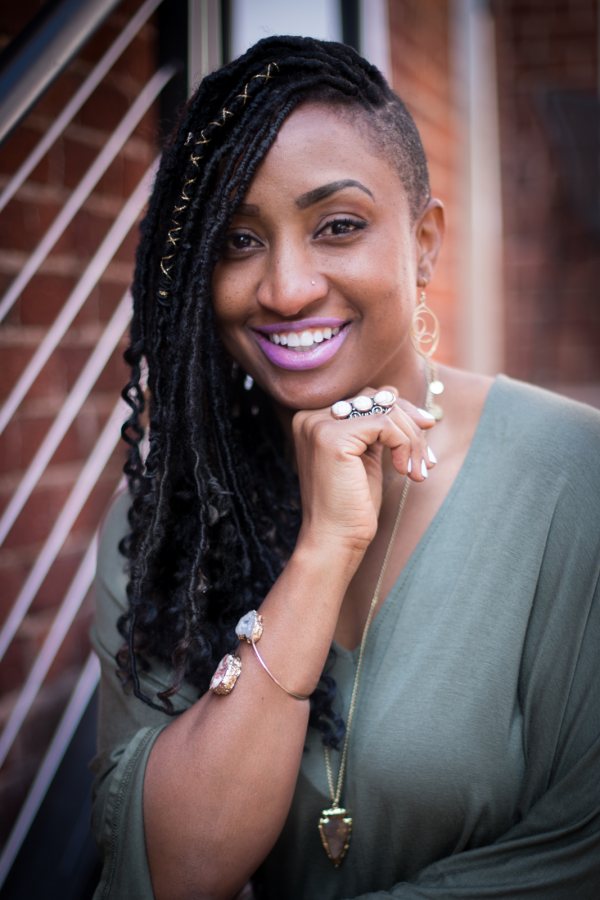 Creator and CEO of Prende Pants, a specialized legging designed for new mothers. TQ is a certified Human Resources Leader and Human Resource Consultant. She has served on several nonprofit boards and committees, including the African Americans Teaching Fellows, The Women's Center, and the Boys & Girls Club. She is also training to become a Birth Doula. TQ earned a bachelor's degree in communications from Mary Baldwin College and a master's degree in human resource management from Keller Graduate School of Management. While at Mary Baldwin College, she founded Kuumba Players, a performing arts troupe whose mission is to increase diversity awareness through exploration of the arts. 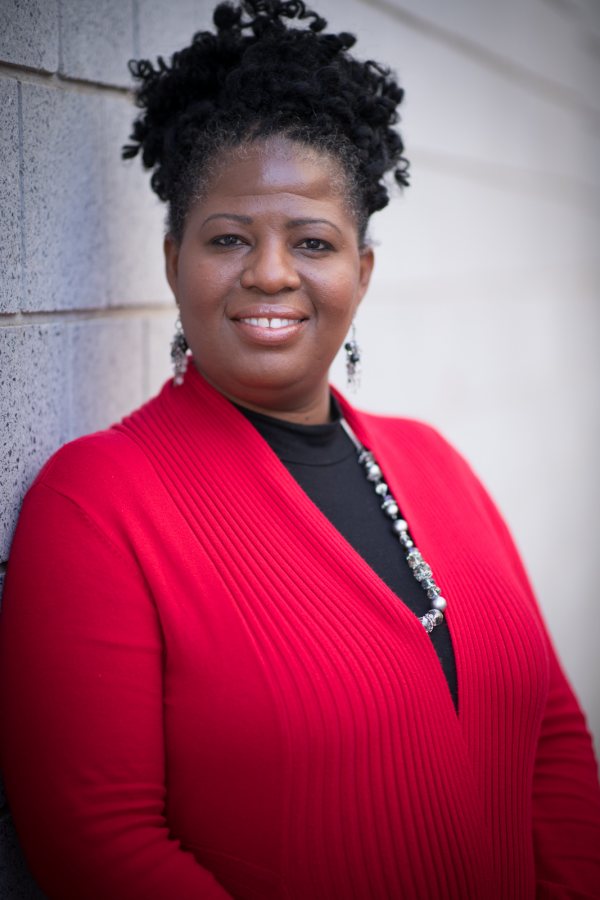 Co-owner of A Taste of Home Southern Cuisine, a catering company and food truck. Yolunda was recently the general manager of the Graduate Hotel and managed multiple hotels for more than fourteen years. She is a lecturer at Piedmont Virginia Community College in Workforce Services. Yolunda is a graduate of the Board Development Academy through the Center for Nonprofit Excellence and a graduate of the Community Investment Collaborative. Yolunda is social chair for the Black Professionals Network and facilitator for the Black Love Symposium. She also serves on the Charlottesville Albemarle Convention & Visitors Bureau, participates on the Workforce Advisory Council of the City of Charlottesville Office of Economic Development, and volunteers with City of Promise. Yolunda earned a bachelor's degree in business administration from Averett University. 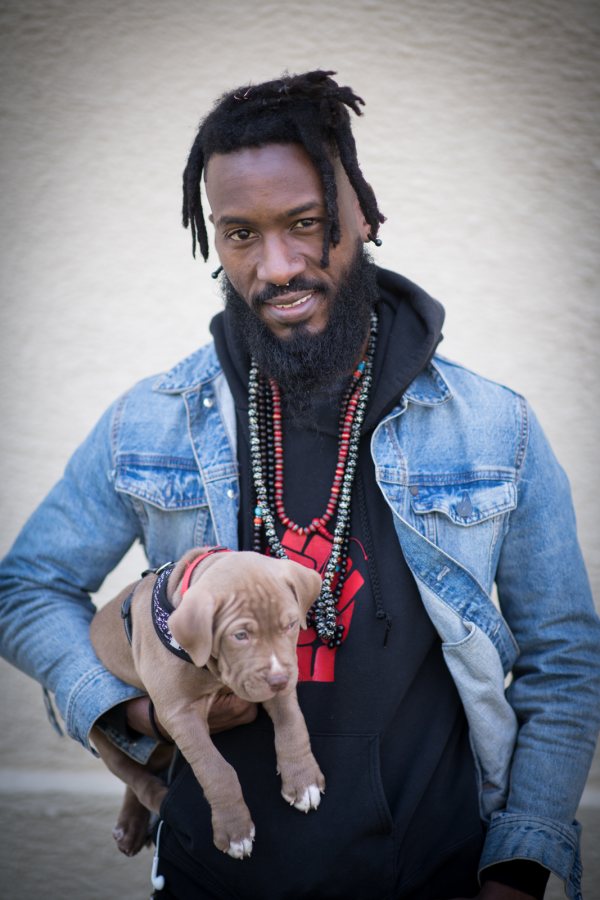 Founder and owner of His Image Barbershop & Natural Hair Studio. Will launched the studio with his wife and business partner in 2009. Prior to opening his own studio, he began his barbering career in Charlottesville at Cavalier Barbers in 2006. Will has been a barber since 1999, completing schooling in New Jersey and earning his cosmetology licensure in 2001. He gained Virginia cosmetology instruction credentials in 2016 and has managed apprentices since 2010. He and his team of barbers volunteer every year in the Charlottesville community, donating back-to-school haircuts and serving the homeless during the winter months through PACEM. Will participated in the inaugural “Dialogue on Race” series in the city of Charlottesville and often speaks to local youth about black entrepreneurship. 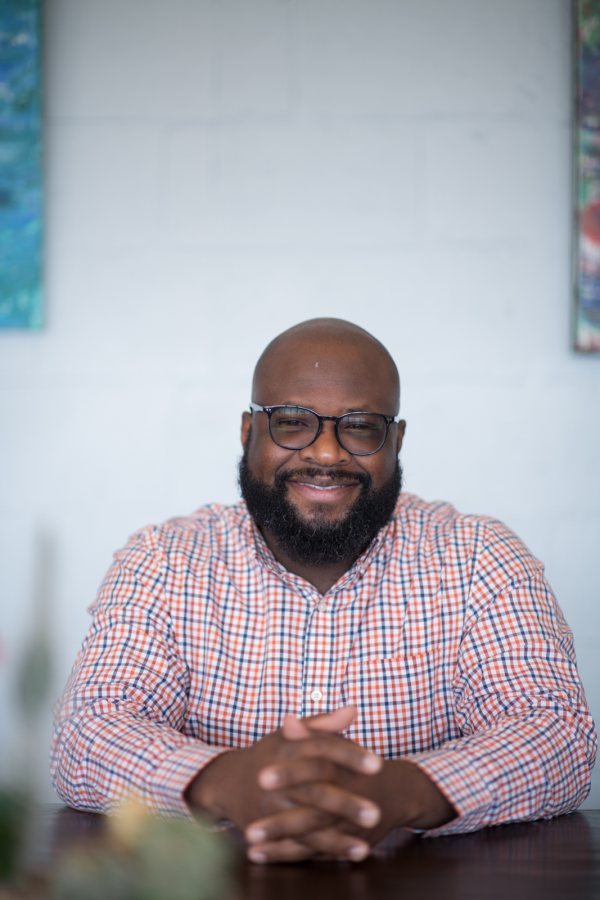 Founder and owner of Pearl Island Foods, LLC. Sober joined forces with a private chef to launch Pearl Island Catering and brings Caribbean cuisine to the Charlottesville area. He is a member of the Charlottesville Chamber of Commerce. Prior to founding Pearl Island Foods in 2012, Sober held various engineering positions with Emerson, Caterpillar, and John Deere. He is a graduate of the Board Development Academy through the Center for Nonprofit Excellence and serves on the board of City Schoolyard Garden. Sober holds a degree in mechanical engineering from Tuskegee University. 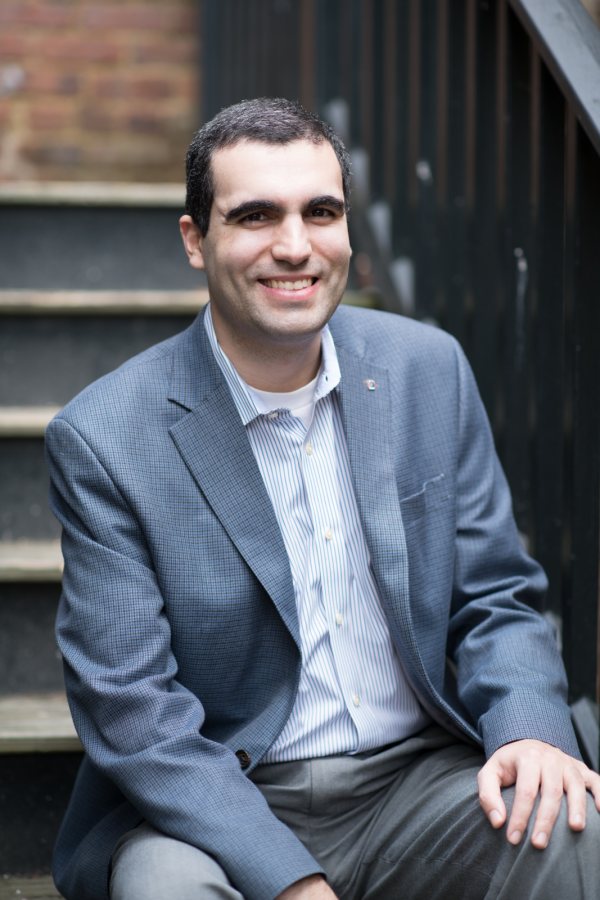 Founder, managing partner, and investment advisor at Emergent Financial Services, LLC. Alex works with clients to help them achieve their financial goals. Prior to founding Emergent, he served as a research analyst and portfolio manager at Cypress Asset Management from 2013 to 2015. In 2014, he co-founded Bell Tower Associates, LLC, an economic and investment research firm, where he worked on monthly and quarterly reports, portfolio universe creation, biotechnology research, and analyst recommendations. Alex is the current president of the Forward/Adelante Business Alliance, a diversity networking group and bilingual business journal that works to connect Latino professionals and entrepreneurs with the greater Charlottesville business community. The Alliance received the 2016 Vanguard Award from the Charlottesville Chamber Business Diversity Council. Alex received his bachelor of arts degree, summa cum laude, from the University of Virginia. 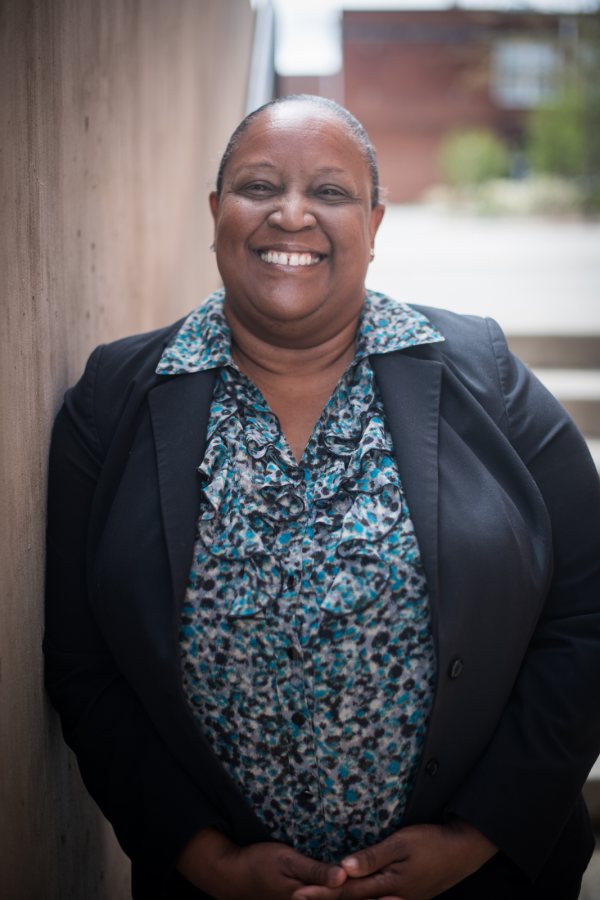 Member of the Foundation's Governing Board and chair of the Grants Portfolio Committee. Andrea is an associate professor at the University of Virginia McIntire School of Commerce specializing in issues related to nonprofit financial reporting. Much of her interest relates to how and why nonprofits report financial information and how this information impacts nonprofit stakeholders. She teaches courses at both the undergraduate and graduate levels. She has published a number of articles in scholarly journals and received awards for her research excellence. She received a bachelor of science degree from Towson University, a PhD in accountancy from George Washington University, and a CPA from the Maryland State Board of Accountancy. 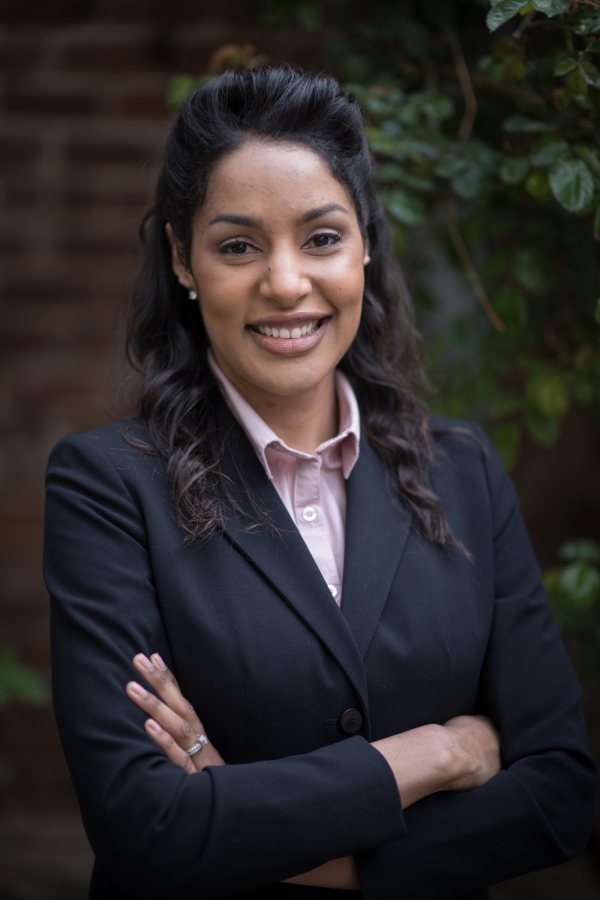 Director of Programs at the Community Foundation. Brennan oversees the Foundation’s grantmaking and has led strategic areas of work for the Foundation. She also leads the Heal Charlottesville Fund activities to ensure support for survivors, provide trauma counseling services for community members, and deploy resources to address structural racism and its impacts. Brennan previously worked in the nonprofit and government sectors before beginning her career in philanthropy. She is a graduate of the Council on Foundations Career Pathways program and Board Development Academy through the Center for Nonprofit Excellence. She is also a Ron Brown Scholar and Davidson Fellow Laurette. She holds a degree in philosophy from the University of Iowa. In 2018, Brennan became the Foundation's president and CEO.

As with all of our engaged Foundation volunteers, it is likely that Review Committee members may have conflicts of interest with some of the applications received. All members will adhere to the Foundation conflict of interest policy which requires disclosure of conflicts prior to review and recusal from decisions related to those conflicts.